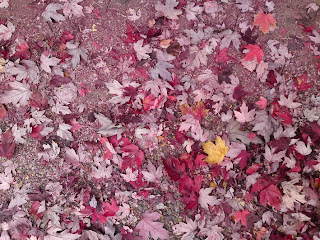 It brings to mind an old Chinese saying, “落叶归根” [literary: "falling leaves return to the roots"]. My late-paternal grandfather who left China in his early-teens (at age 13, if I recall correctly) believed in it. As a child, I recognized that deep-felt longing in his eyes whenever he talked about his growing years (albeit the harsh life of a farmer-boy). When I was young, I never understood how/why an old man would long to return to (or at least be finally buried at) a place that he had left decades ago -- a society that in all probability has changed beyond recognition. After all, grandpa was born during the final years of the Qing Dynasty. By the time a visit back to his hometown was feasible both financially and politically, China had undergone tremendous upheaval and became a totally different society under Deng Xiaoping.

Thus, some years before his death, grandpa finally made that longed-for trip back to his hometown (I think this is the place). As far as I gathered from my parents who went with him, grandpa did not make much comments during the trip. But I saw a change in his eyes when he returned -- he no longer had that longing in his eyes, he no longer question about the possibility of returning his ashes to China. My only guess is that the trip broke any romantic memories/notions he had of the place he'd left decades ago. Grandpa passed away in Singapore and his ashes remain in Singapore, together with many of his descendants.

I have not returned to Singapore since leaving 3 years ago. Initially, it just didn't seem practical to spend money on a trip back when cash-flow was (and still is) tight while I try to settle into my host country.

Now I wonder about it. There is still a part of me that wants to return to "Singapore" (i.e. the one made from figments of my memories), but I know full well that "that Singapore" may not be today's Singapore. I wonder if a trip back would be the "dream-breaker" that my grandfather had experienced. After all, Singapore is known to be ever-changing, ever developing at a relentlessly rapid pace.
Posted by Winking Doll at 10/19/2013 08:20:00 PM