The following is extracted from CTV News dated 19-Feb-2013, "At least 3,000 deaths linked to Indian residential schools: new research". [It refers to an ugly past in Canada's history where children of First Nations were forcibly removed from their families, and put into residential schools which were often ran by the Catholic Church.]

There is no country with an unblemished history. IMHO, it is important for an immigrant to understand one's host country's historical narrative from multiple perspectives. This will enable the immigrant to have a backstory upon which to understand the country's current social, economic and political pulse.

IMHO, it is even more important as nurses to understand such matters in fulfilling our professional duties. I remember many of my GNIE classmates were not interested in the Sociology class. Some even feedback strongly to the course manager that it was irrelevant to their nursing career. I beg to differ. IMHO, it is myopic to focus only on one's medical knowledge and nursing skills, and to ignore the socio-cultural context of our clients (or patients) and the historic and current economic and political contributors to their health. If we do not know their history, how can we begin to understand the potential causes of First Nations being often cited as the group with the highest risks for many health issues? How can we understand our clients' socio-cultural baggage in their interactions with any "official/government" representatives (which includes healthcare workers)? It is even more crucial if the community/public health nurses aim to be partners with the First Nations to improve their health outcome.

For the IENs (internationally educated nurses) who visit my blog: I hope the article below serves some food for thought.

[Please click the title link for a series of news videos on the topic.]

TORONTO -- At least 3,000 children, including four under the age of 10 found huddled together in frozen embrace, are now known to have died during attendance at Canada's Indian residential schools, according to new unpublished research.
While deaths have long been documented as part of the disgraced residential school system, the findings are the result of the first systematic search of government, school and other records.
"These are actual confirmed numbers," Alex Maass, research manager with the Missing Children Project, told The Canadian Press from Vancouver.

"All of them have primary documentation that indicates that there's been a death, when it occurred, what the circumstances were."

The number could rise further as more documents -- especially from government archives -- come to light.

The largest single killer, by far, was disease.

For decades starting in about 1910, tuberculosis was a consistent killer -- in part because of widespread ignorance over how diseases were spread.

"The schools were a particular breeding ground for (TB)," Maass said. "Dormitories were incubation wards."

The Spanish flu epidemic in 1918-1919 also took a devastating toll on students -- and in some cases staff. For example, in one grim three-month period, the disease killed 20 children at a residential school in Spanish, Ont., the records show.

While a statistical analysis has yet to be done, the records examined over the past few years also show children also died of malnutrition or accidents. Schools consistently burned down, killing students and staff. Drownings or exposure were another cause.

In all, about 150,000 First Nations children went through the church-run residential school system, which ran from the 1870s until the 1990s. In many cases, native kids were forced to attend under a deliberate federal policy of "civilizing" Aboriginal Peoples.

Many students were physically, mentally and sexually abused. Some committed suicide. Some died fleeing their schools.

One heart-breaking incident that drew rare media attention at the time involved the deaths of four boys -- two aged 8 and two aged 9 -- in early January 1937.

A Canadian Press report from Vanderhoof, B.C., describes how the four bodies were found frozen together in slush ice on Fraser Lake, barely a kilometre from home.

The "capless and lightly clad" boys had left an Indian school on the south end of the lake "apparently intent on trekking home to the Nautley Reserve," the article states.

The records reveal the number of deaths only fell off dramatically after the 1950s, although some fatalities occurred into the 1970s.

"The question I ask myself is: Would I send my child to a private school where there were even a couple of deaths the previous year without looking at it a little bit more closely?" Maass said.
"One wouldn't expect any death rates in private residential schools."

In fact, Maass said, student deaths were so much part of the system, architectural plans for many schools included cemeteries that were laid out in advance of the building.

Maass, who has a background in archeology, said researchers had identified 50 burial sites as part of the project.

About 500 of the victims remain nameless. Documentation of their deaths was contained in Department of Indian Affairs year-end reports based on information from school principals.

The annual death reports were consistently done until 1917, when they abruptly stopped.
"It was obviously a policy not to report them," Maass said.

In the 1990s, thousands of victims sued the churches that ran the 140 schools and the Canadian government. A $1.9-billion settlement of the lawsuit in 2007 prompted an apology from Prime Minister Stephen Harper, and the creation of the Truth and Reconciliation Commission.

The research -- carried out under the auspices of the commission -- has involved combing through more than one million government and other records, including nuns' journal entries.

The longer-term goal is to make the information available at national research centre.
Posted by Winking Doll at 2/19/2013 10:10:00 PM
No comments Links to this post

Wishing you in the Year of the Water Snake: good health, safe journey, wealth inflow, and wishes fulfilled! 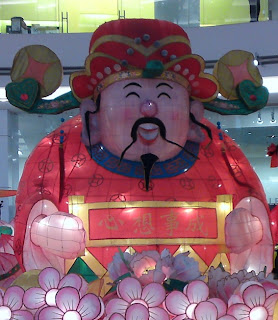 Google for an old friend

Don't know why but today I suddenly thought of using Google and Facebook to search for an old friend. She was my a primary school friend. She and I were the 2 shortest persons in class, so we were "line-up" partners together for years. She was an awesome supportive friend -- kind of a BFF even before the term existed.

I always remember how she helped me out with English one time. If I recall correctly, we were in Primary 2 then (aged 7 going-on 8). It was the last class of the day. I was supposed to leave school with the school bus. But before we were allowed to go, our English teacher made us all stand-up. Those who could form a sentence with "subject verb object" were allowed to go home. Those who couldn't were forced to remain standing until we could give a sentence. My friend knew that I was clueless about what the teacher wanted, since I did not come from an English-speaking family (so many a times I didn't understand the language structure that the teacher tried to teach) and for some reason I was daydreaming more than I was paying attention in school (especially for the language classes). She whispered such a sentence to me and persuaded me to give the teacher the sentence that she formed. But I wanted to try making my own sentences. Just before she left, she wrote a sentence on a small piece of paper and discreetly slipped it to me standing at the desk behind her. She told me to hold on to it, just in case I needed to use it. Guess, I kind of looked a little panicky by then. After a few round of tries, I was the last few students remaining. By then, I was definitely panicking. It was already past our school dismissal time. In my mind, all I could think about was if the school bus left without me, I would be stuck overnight in school because I didn't know if my mother would come to fetch me, and even if she did, I would surely get a big scolding from her for the troubling her to come to school to fetch me. [Note: This was back in the 1970's, people did not have mobile phones then.] Thus, I gave the teacher my friend's sentence and rushed off to catch the school bus.

When I arrived at the school's parking lot, the school bus was already gone. I decided that I would have to figure out how to walk home on my own, since I remembered that my mother scolded/warned me previously (during a kindergarten incident) that she would not come to fetch me home if I ever not stick according to the plans again. I walked down the staircase to the school field, turned left, and then proceeded down the staircase (hill) leading to the main road. Halfway down, fear took over me -- I really didn't know how to go home on my own. I sat down and cried. Nope, more like I wailed loudly alike a banshee. Suddenly, I saw a few students coming up the staircase. They were sent by the school bus driver. They told me that the school bus was waiting for me at the foot of the staircase (hill) as the bus driver decided to drive down the hill instead of waiting for me at the parking lot. In fact, the bus driver was also tired of waiting for me at the foot of the hill, and he was about to drive off without me when they heard me crying. Frankly, I was still crying and quite shaken when I boarded the school bus for home. On my way home, I felt really grateful that my friend left me an answer to give to the English teacher. I cannot imagine what would have happened if I was delayed just a moment later. I did not dare to tell my parents about what happened. I don't think my siblings did either.

Through combining the internet searches, I found someone with the same name (and I guess around the same age) on Facebook, and sent a message. But I don't know if that person is my primary school friend. Anyway, no harm trying, just for the fun of it.
Posted by Winking Doll at 2/08/2013 03:54:00 PM
No comments Links to this post

Yesterday evening, AA and EM came over to my place for our usual dinner, followed by French-Chinese exchange lesson.

[Aside: We had gado-gado, ketupat, rendang, steamed mock-prawns with Indonesian sweet soya sauce for dinner. AA and EM drank ginseng tea (from ground Canadian ginseng) while I drank oolong tea. For those in B.C. Canada who want a taste of South-East Asian or East Asian foods, check out the my other blog post "Recipe: Vegetable curry" where I mentioned about sourcing ethnic ingredients.]

Towards the end of the session, EM tried to form a new sentence based on her existing vocabulary. Referring to AA (EM's boyfriend/partner), EM said,

他是帅。 [Literary: He is handsome.]

An alternate form that is commonly used would be the "subject 'very' adjective". For example,

他是帅，可是他没礼貌。 [Literary: He is handsome, but he no (does not have) manners.]

[Note: The sentence is just to illustrate the language construction. AA is an awesome guy, who is also handsome.]

Since my Chinese isn't exactly great, I told EM that it is what I understand of day-to-day usage of Mandarin. I do not know why it is so, or if there are other situations where the "subject verb-to-be adjective" form is commonly used.

Anyway, I shared my thought that it makes language exchange interesting. There are ways of expression (and indirectly patterns of thought) that are intrinsically built into a language. Stuff that one may not be consciously aware of until someone else challenges/breaks the pattern.
Posted by Winking Doll at 2/01/2013 06:44:00 AM
2 comments Links to this post